HOW TO DEVELOP APPS FOR ANDROID

Android is the most popular OS in the world right now, so how can we develop apps for Android? At the beginning of 2016, there were more than one billion Android users, a Unix operating system running on phones, tablets, smart TVs, smart watches and other devices. Although Google originally developed and maintain Android apps, it is free and open source software that can be used and customized by anyone. As a result, Android devices are manufactured by many major phone manufacturers, such as Samsung, LG, Sony and HTC.

One of the key factors leading to Android’s success is Google Play, an Android app distribution platform that users can use to download and install apps on their devices. With over a million apps and billions of downloads, Google Play is getting bigger and getting more people access with this than similar platforms for iOS and Windows 10.

To learn how to be an Android app developer, there are a few requirements that you should follow. 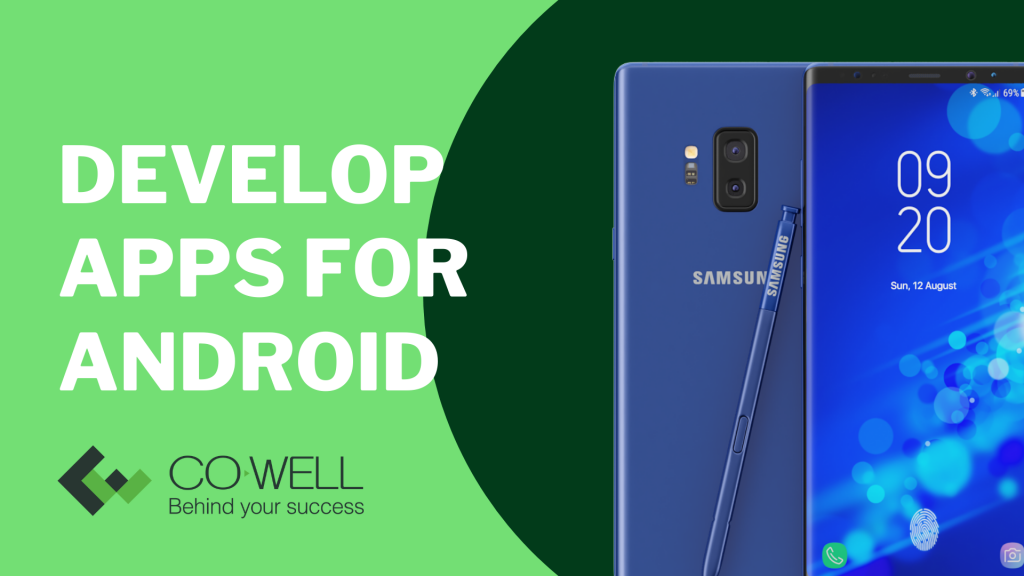 Native Android applications are built using the Java programming language, and on devices running Android 5.0 or higher, take advantage of the runtime called Android Runtime (ART) by default. To create such applications, most developers choose to use Android Studio, the official Android IDE developed by Google. Android Studio is free and runs on Windows, OS X, and most Linux distributions. Android Studio also comes with an actual device-like emulator that you can use if you don’t own an Android device. Because it is available, you can download and run any version of Android on it.

Unlike Apple’s iOS devices, most Android devices rarely receive software updates, if not all. Marshmallow, the latest version of Android, runs on less than 1.5% of all Android devices today. Even if it was released a few months ago. This means that, if you decide to develop an application, you must support older versions of Android, like KitKat and Lollipop. Moreover, if your main users are from developing countries, supporting older versions like Android Gingerbread, is a good idea. However, doing so is often easy, thanks to not only the Android Support Library, but also some open source third-party libraries.

In the early days of Android, only a handful of devices could run Android. And most of them were phones. However, over the years, with more and more device manufacturers adopting the platform, screen sizes and pixel densities have begun to become different. That is why pixel density and screen sizes are very important in developing apps for Android.

With the release of Android Honeycomb, Android also began supporting large screen devices, such as tablets and smart TVs. Therefore, developers today are expected to use multiple image sizes and layouts to support all the different screens. While creating layouts is still a fairly time-consuming process. Which is also as hard as managing different image sizes has become easier thanks to Vector Asset Studio.

Only a few high-end devices have all the sensors that Android SDK supports. Therefore, developers need to write applications that can determine the hardware capabilities of a device at runtime and gently reduce it if possible. The Android SDK (Software Development Kit) has a Sensor Framework to simplify this task. Additionally, developers can prevent users from installing applications on devices that lack the necessary hardware by using Google Play filters.

When you have developed an application, you can publish it online. So that people around the world can download and use it. There are many Android app markets where you can publish your apps. But one of the most popular places today is Google Play because it comes pre-installed on most Android devices.